I recently worked on a great project with distrify distributing films in cinema with GFT and Filmhouse and on-demand.

Watching a Tribeca Future of Film talk with Todd Wagner (Magnolia and many others)  I was struck by the simplicity and rarity of his insight into day-and-date / ultraVOD.

Revenue splits can be achieved between cinemas and VOD distributors if everyone appreciates that each party is important and privileges the ambition to create a bigger pie for everyone to share, rather than fearing cannibalisation of revenues. The metaphor that everyone can eat at home but people still go to restaurants is the most apposite one for the topic.

Whilst the USA has been leading this area of distribution for quite some time and is far ahead, there are exciting changes happening in the UK. Filmhouse have taken the step into film distribution for a very niche title (below) that did not have a UK distributor attached, but continue to partner with distributors for more mainstream films e.g. A Late Quartet with Philip Seymour Hoffman. It is a great time for innovation and learning and the focus should be on understanding the factors which make relationships work (including shared valuation practices) rather than the barriers of the extant FVC. The flexibility called for by Lord Putnam in the quotes below needs both distributors and exhibitors on board and to engage with new models using top quality films:

“Surely the time has come to allow sufficient modern-day flexibility for rights-holders to fashion the most appropriate individual release strategies, because no single uniform plan can possibly suit every film. Ultimately no one gains from excessive dark periods between platforms, when films cease to be available – legitimately, at least!

“There is – crucially – no evidence of flexible windows causing any discernible reduction in cinema-going. In fact most of the available evidence suggests that the reverse is true: People in the US, where a little more flexibility prevails, remain the world’s biggest spenders on film, at around $80 per head. And in 2012, US exhibitors collected their own record-high box-office of $10.8 billion in ticket sales alone.” 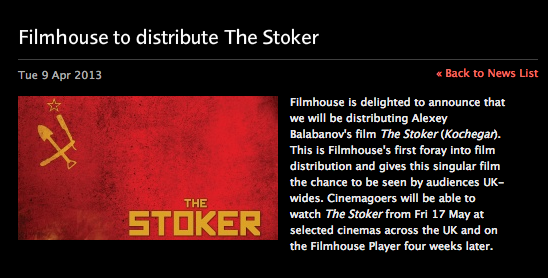